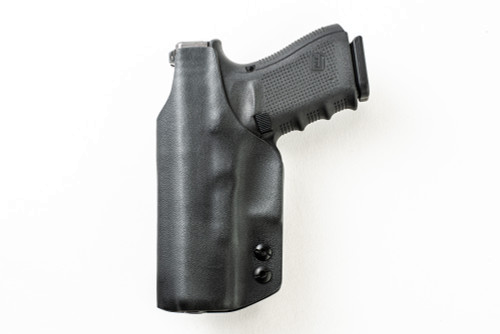 Kimber America is most well-known among gun enthusiasts for manufacturing some of the finest 1911 pistols on the market in all form factors: full-size, compact, and subcompact. If you own a Kimber 1911 and enjoy conceal-carrying it, here are the best affordable gun holsters for your favorite handguns.

Kimber’s most popular line of products is their selection of full-size 1911 models, based on John Moses Browning’s original design but modernized with today’s materials, manufacturing techniques, and accessories. 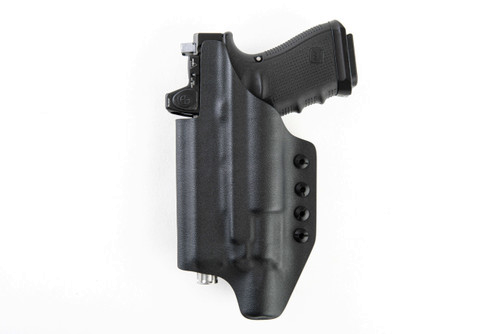 Most compact-sized 1911 pistols are patterned after the original Colt Commander, which featured a shortened frame and a barrel length between 4” and 4.25”.

The frame height is identical to the Government models, meaning it accepts the same standard magazines. Kimber offers various Commander-sized 1911 pistols, such as the Pro CDP, the Aegis Elite Pro, or the Pro TLE II.

The best affordable holster for this family of pistols is the Incognito Concealment Kimber 1911 4” Commander holster, compatible with all 4”-barreled Kimber compact pistols and other Commander-sized 1911s.

As a holster based on the Incognito T3, it features everything a gun owner needs for efficient concealed carrying, including a low-profile construction, rigid trigger guard enclosure, and a sweat shield to protect your pistol’s finish when carrying.

The Micro 9 is Kimber’s take on the subcompact 1911. Rather than using the .45-caliber Colt Officer’s Model as a starting point, the Micro 9 is a bespoke design based on the .380 ACP Kimber Micro but redesigned around the 9x19mm cartridge.

The Kimber Micro 9’s unique dimensions mean it won’t fit in a holster compatible with its .380-caliber counterpart. Consequently, you’ll need a dedicated holster, such as the Incognito Concealment Kimber Micro 9 IWB Holster.

This version of the T3 perfectly fits the Micro 9 and all its subvariants. You can upgrade it with the Incognito Discreet Belt Clip, enhancing concealment by making your holster’s belt clip less visible.

All Incognito Concealment holsters are 100% hand-crafted by our team right here in the United States. We offer a wide selection of IWB and OWB Kydex holsters compatible with your Kimber pistols and handguns from over 20 other manufacturers. If you have any questions about our holsters, please contact us at (586) 333-4240.

Fast Shipping On All Orders

The majority of Incognito Concealment holsters are made at the time of order to the exact specifications and preferences chosen by the customer. Because of this, we do not accept returns or issue refunds on items that were made correctly according to the customer’s order form. An order may be canceled up to 24 hours after it is placed, provided that production has not already begun. If you would like to cancel an order, the request must be sent in writing via email. Please include your name, phone number, order number, and reason for cancelation in the email.  Cancelation requests must be emailed to: sales@incognitoconcealment.com. Custom orders returned or canceled after the 24 hour period are done so at our discretion and may be subject to a 50% restocking fee. Shipping will be arranged and paid for by the customer. By placing an order with us, you are consenting to our terms and conditions, to include our return and cancelation policy.

Incognito Concealment offers a Lifetime Warranty on all of our holsters for the original owner for manufacturer defects. If you feel your product is defective, broken, or does not fit correctly, please contact us via phone at (586) 257-1686 or email at sales@incognitoconcealment.com. We may request photos or videos for further clarification of the issue. If we deem the product to be damaged or defective from the factory, we will issue repairs as necessary, up to and including completely replacing your product as well as paying return shipping.

We offer a 30 day money back guarantee on our quick ship inventory items because we believe in our products. Reference our page of quick ship items here. These items are eligible for return or exchange if you are dissatisfied with them for any reason. This does not include shipping to or from shipping costs. We do not sell used holsters so if the product has been damaged it will not be eligible for return.